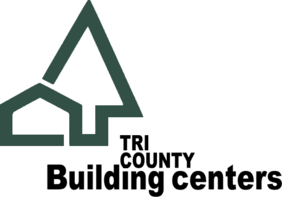 The history of Tri County Building Centers dates back to the early days of Michigan’s Upper Peninsula.
Everything started off with the roots of the Taylor family. In 1883, Frank Taylor and his parents moved
from Aronprior, Canada to the village of Pickford, Michigan. By the turn of the century Frank Taylor was
engaged in lumbering, real estate, farming, and merchandising. He was also the owner of the first
telephone company in the area.

His son, F. Harold Taylor, was involved in farming and the sawmill industry. He continued in business
until 1960.

In 1960 Frank H. Taylor III purchased the business, the primary business operation being a sawmill and
plaining mill. Frank H Taylor began expanding into the building materials industry and introduced the
first lumber yard to the area, Taylor Lumber Company located in Cedarville, MI. Taylor Lumber
Company was the stepping stone for Mr. Taylor to expand lumber yards throughout the Upper Peninsula
thus creating Tri County Building Centers. The operation has been influential in the development of the
Eastern Upper Peninsula during the past 50+ years and has a large role in the growth of the area.